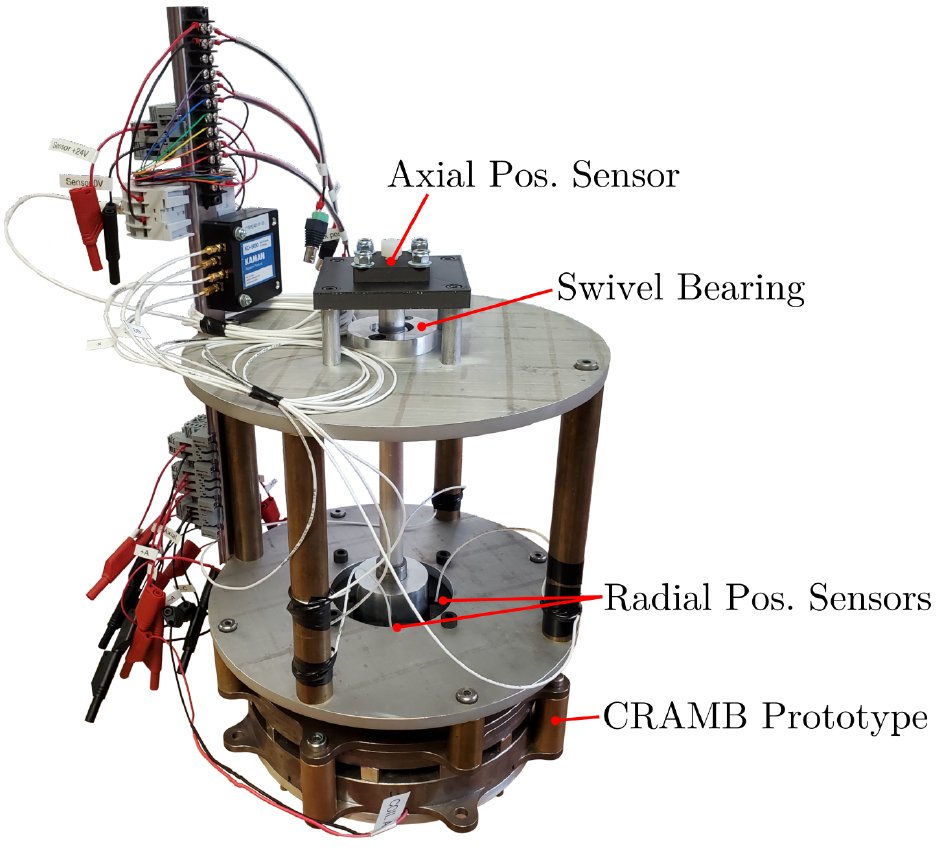 Congratulations to Nicholas Hemenway on successfully defending his MS thesis!

Abstract: Magnetic bearings provide an attractive alternative to traditional contact-type bearings because of their improved lifetime, lubricant free operation, and ability to create variable rotor dynamics. Despite this, the use of magnetic bearings has been limited to niche applications because of their large size and high cost. This thesis develops a new three-pole, combined radial-axial magnetic bearing (CRAMB) topology, specifically targeting the unique needs of industrial compressor applications, which are cost sensitive and operate at high speeds. Bearing length reduction is a primary concern for magnetic levitation of high speed motors as the overall shaft length is often limited to avoid issues of mechanical bending modes. When combined with a bearingless motor, the newly proposed CRAMB has the potential to reduce the overall system length while also decreasing system costs compared to conventional magnetic suspension technology.

Three-pole bearings are relatively new in the field of magnetic levitation and various topology dependent strategies exist regarding their design and control. This thesis presents a generalized force analysis framework for three-pole bearings that spans all possible three-pole topologies. The analysis framework is leveraged to gain fundamental insight into the three-pole bearing design, including the determination of an optimal bias field that increase’s the three-pole bearing’s force rating by 15% and reduces its Ampere-turns requirement by 23.4% compared to conventional bias field levels. An exact force vector regulator is developed that computes the coil currents needed to produce any desired force vector, eliminating the large force vector magnitude and angle errors that can result from using the conventional linearized force model used in the literature. The advancements to the three-pole bearing are used to guide the design of a new CRAMB topology that utilizes a three-pole radial bearing stage. A prototype CRAMB is fabricated and experimental results are provided that validate the proposed topology and newly developed three-pole bearing theory. The new CRAMB topology is compared to the state of the art and it is shown to be advantageous both in terms of its overall length reduction and its cost savings that result from its ability to be operated with a standard three-phase motor drive. These cost and size benefits can be seen as a step in the direction of making magnetic levitation commercially viable for a larger range of applications.